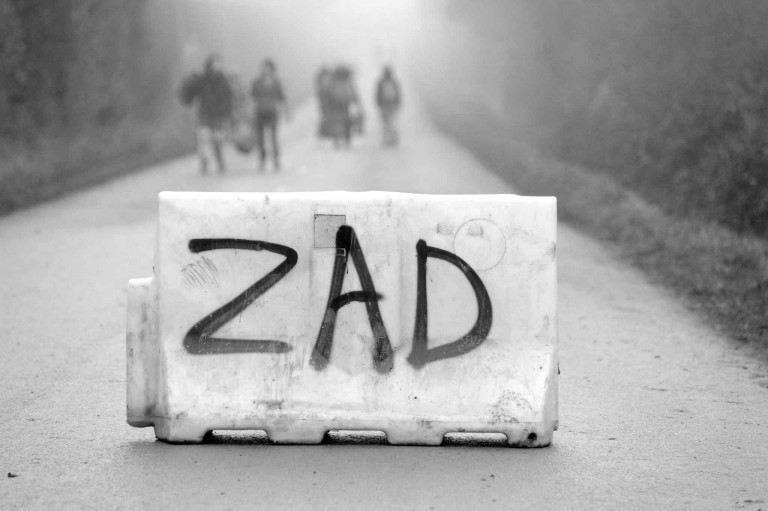 Join us on 27 February to show our solidarity with the ZAD occupation in France.

What is the ZAD?

The ZAD (‘Zone to Defend’), is the site in Western France of a 9+ year
occupation against the construction of the Notre-Dame-des-Landes
airport by French construction giant, Vinci. The occupation has a
become a focal point for anti-capitalism and ecological direct action
in France and has seen both repression from the French state and
militant resistance from the occupiers and local residence. The ZAD
has huge support across France, a recent day of action saw a protest
of 20,000 and solidarity actions across the country.

Why come on 27 February?

A Nantes court has recently made a decision to go ahead with the
eviction of the remaining official residents who refused to sell their
land. With this legal hurdle out of the way, it looks likely that
attempts will be made to evict the occupations in the coming weeks. In
response an international mobilisation is being organised for people
to support the ZAD on 27 February.

We are an autonomous group helping mobilise people from the UK to go
to Nantes on 27 February and also organise a rapid response if and when an eviction attempt is made.

Initial plans are to travel on Friday 26th Feb and return on Monday
29th. If you would like to go we may be able to help with transport
arrangements. Email  and say where you would  like to
leave from and return to.

Also email  if you would like to know more about a
UKZAD rapid response eviction resistance.

More information on the ZAD and the mobilisation: