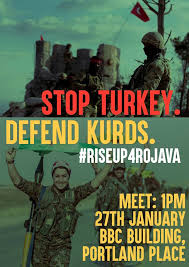 This is a meeting for people who want to get involved in planning a strategy to stop the Birmingham arms fair (DPRTE) in March. Bring along your ideas and experience. The meeting will be open and non hierarchical. To register your interest call 07817986570 or email .

The DPRTE was previously held in Cardiff and Bristol. It faced opposition by many groups and networks each time the event was held. 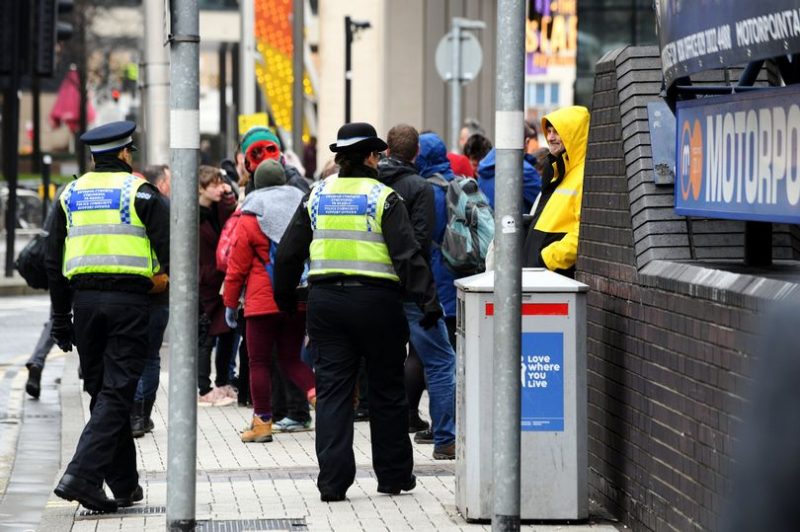 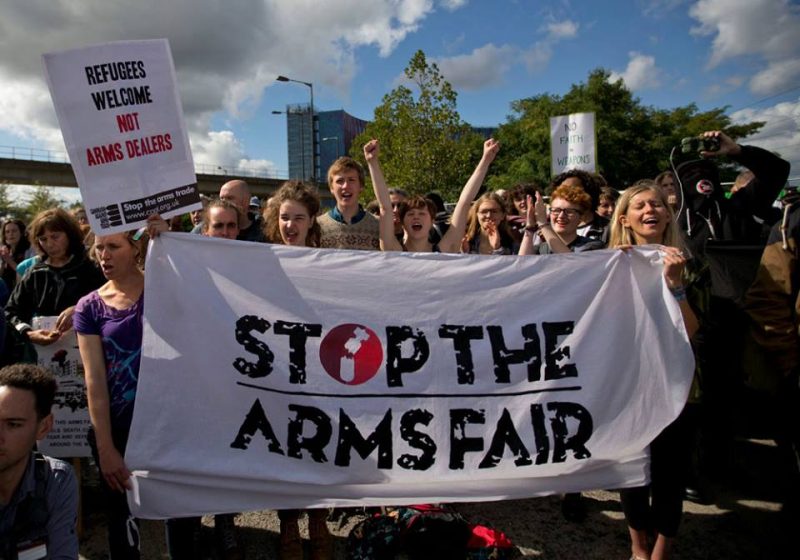 A group of people who took action to stop DSEI 2017 were arrested, charged and then found Not Guilty in court.

Their acquittal is now being challenged in the High Court, so people will gather there to show solidarity with the group. 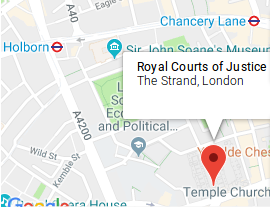 Bring banners, placards and your support!

Early on the morning of October 24, a group of Trident Ploughshares activists from across the U.K. converged on Burghfield Atomic Weapons Establishment near Burghfield. They blocked approach roads, preventing workers from entering.

Hidden in the leafy lanes of Berkshire, Burghfield A.W.E. and it?s partner facility Aldermaston are where the U.K.??s nuclear warheads are planned and produced before being loaded onto lorries for trucking up public roads to the Trident submarine fleet in Scotland. The Mearings, a private road with access to the Main gate of AWE Burghfield, was blocked at both ends by a car with two people locked to it. The construction gate has a line of five people locked across it with their arms in ?lock-on? tubes. 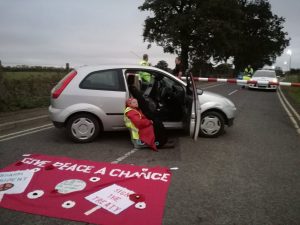 Some of the blockaders were still locked across the road at the end of the day. The police continued to work to remove them from the car they were attached to, having earlier cleared people from the other two entrances. Eventually, all nine activists were arrested and charged with obstruction of the highway.

Chris from Southampton, who blocked the South Mearings entrance to the main gate of the warhead assembly facility, said:

?Although it?s been very uncomfortable sitting in the same position with my arm in a drainpipe all day, it??s a small sacrifice when we hear that the entire planet is being put at risk by the abandoning of the Intermediate-Range Nuclear Forces (INF) Treaty. Instead the nuclear weapons states should be signing up to the Treaty on the Prohibition of Nuclear Weapons. If we have disrupted business as usual on the U.K.??s nuclear warhead refurbishment programme in even the smallest way, it??s been worth it.??
Julia, a life-long peace campaigner and grandmother of seven who lives in Leintwardine, Herefordshire, said:??There is very little public awareness that the U.K. continues to spend obscene amounts of money (over ?200 billion) on upgrading it?s weapons of mass destruction. These weapons are illegal and deeply immoral in their indiscriminate slaughter of civilians. I??m ashamed that the U.K. continues in this folly. I hope our actions will raise awareness of what is going on here.??This day, the 24th of October, is special in marking 73 years since the birth of the United Nations. The U.K. government has totally failed to have anything to do with the ground-breaking U.N. Treaty on the Prohibition of Nuclear Weapons.

??I hope our actions today might bring more attention to the damning safety report on this bomb factory, produced by the Office for Nuclear Regulation last August. The ONR warned then that the Burghfield facility ?can only be allowed to continue for a limited period?.?1 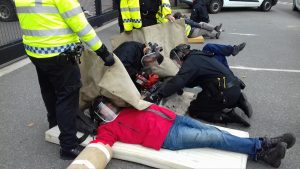 Jim, a 70-year-old retired civil servant, said ?with the current United Nations treaty on the total banning of nuclear weapons gaining support, it is only a matter of time before the U.K. and other nuclear-armed nations will feel international pressure to join the rational global majority. ?I??ve never been involved in an action like this before, and it?s heartening and empowering to feel that something can be done!??

The nine Trident Ploughshares arrested have to return to Reading Court at the end of November. 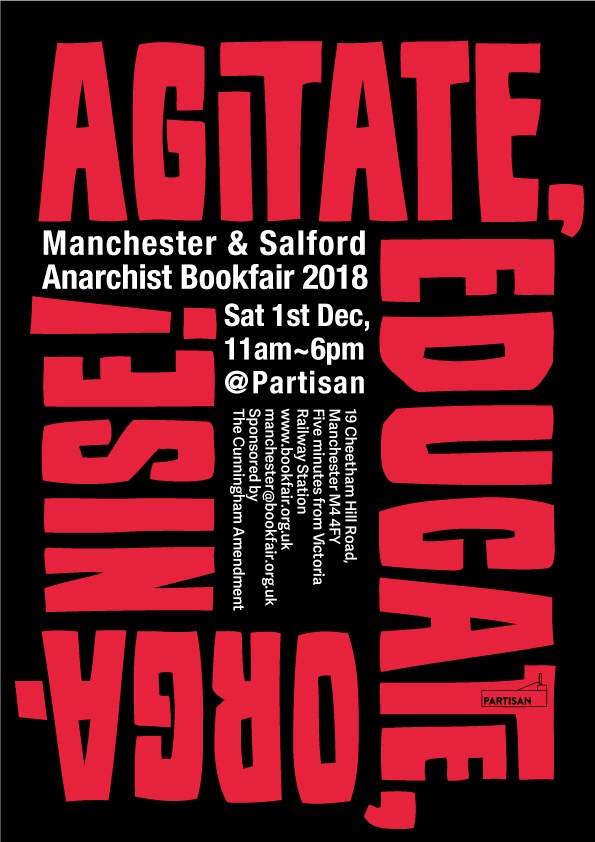 The London Anarchist Bookfair has been a crucial fixture in the anarchist calendar since 1983. This year the bookfair is on what -we hope- is a very brief hiatus. It is vital that the tradition of the bookfair remains and the work of spreading anarchist ideas continues. To go some small way to filling the gap, the organisers of the London Radical Bookfair have proposed having a decentralised festival of anarchist ideas and action, involving as many of London?s anarchist leaning bookshops, social centres and campaign groups as are willing to take part. 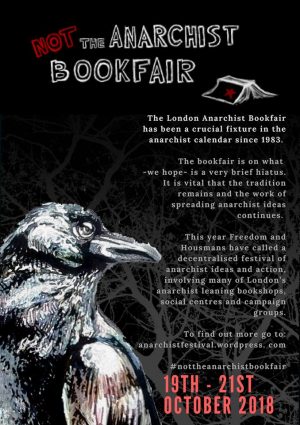 If you are in London and have an event that you would like included in the programme please let us know about it by emailing us at . In future years we hope to expand the programme across the UK. 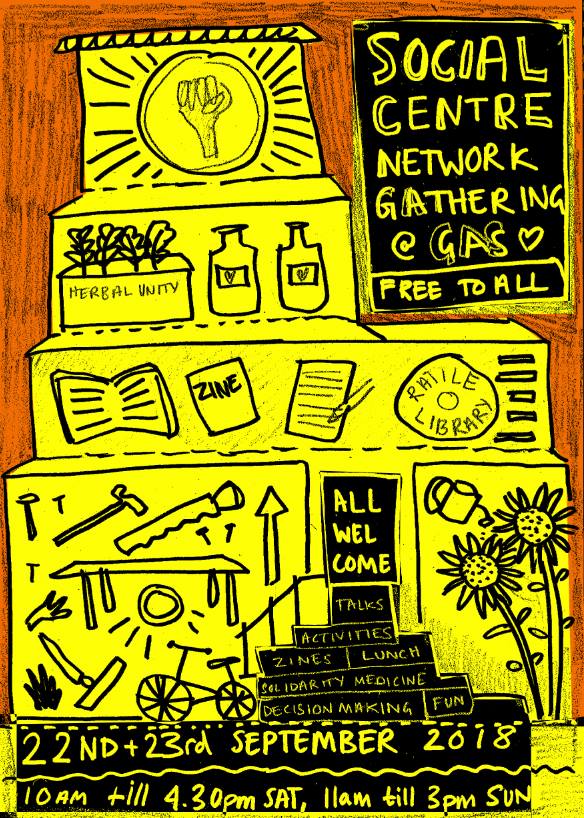 This event is for all those involved in social centres (or aiming to set one up soon) around the UK. Activists form across the UK will come together to discuss, debate, skill-share & plan in relation to our social centres.

Gather at Faslane Peace Camp at 12 noon and walk from the Peace Camp to the North Gate of the base for the rally, a distance of around a mile and a half. The rally should end between 3 and 4 p.m.

The aim of the rally is to to highlight the strength of support from many UN member states for Scotland, a country hosting nuclear weapons against its wishes. Scotland is a significant and relatively autonomous part of a nuclear-armed state which opposes its possession of weapons of mass destruction. As things stand we cannot become a party to the new UN Treaty for the Prohibition of Nuclear Weapons but there are lots of ways in which we can align ourselves to the Treaty. The September rally will be a fine opportunity to mark our determination to do so.

As well as the rally itself there will be other events over that weekend to take advantage of the presence of campaigners from far and wide. 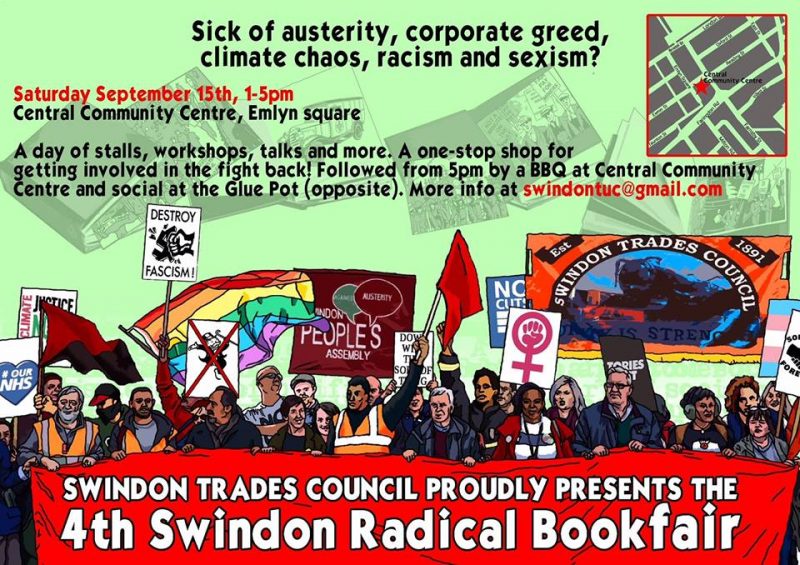 A day of stalls, talks, workshops and films from all your favourite unions, activist groups, rebels and rabble rousers!

Five days of skill-sharing for grassroots ecological direct action ? make links, share ideas, and get involved in the struggles against fracking, new roads and more ? and one day-of-action against fracking in Sussex.

The EF! Summer Gathering is a chance for people and groups from across the country and beyond to get together to network, share practical skills, ideas and inspiration to help our actions and campaigns be as strategic and effective as possible. This is an annual gathering for grassroots ecological direct action, this year focusing on welcoming people from impacted communities.

This year the Summer Gathering will be held at a rural site (accessible by public transport). Last couple of years gatherings have been the largest and most dynamic for many years, with over 100 workshops and more than 400 people attending over the five days of skill-sharing, networking and planning. Contact for any specific accessibility needs etc: . 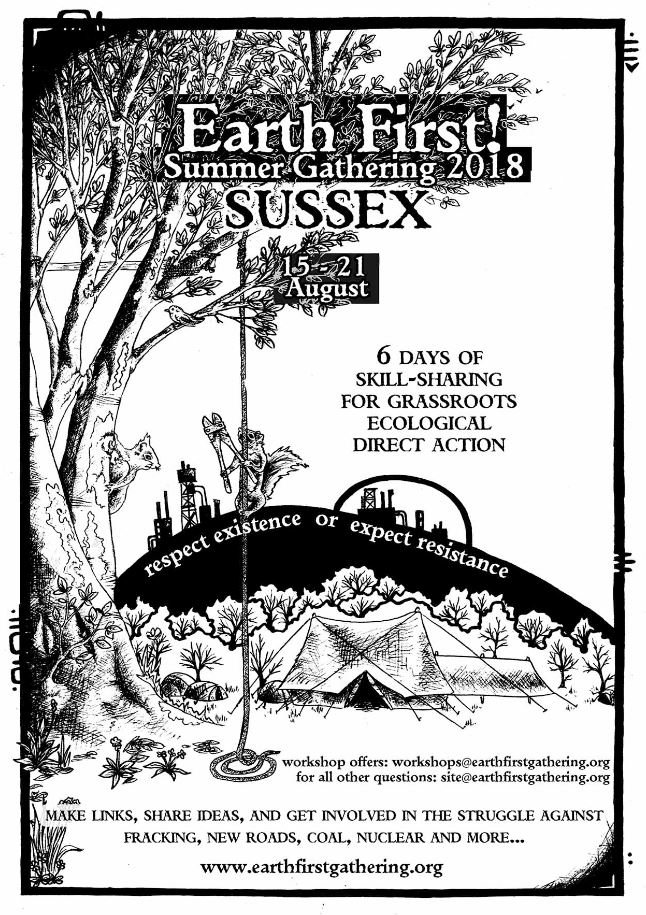